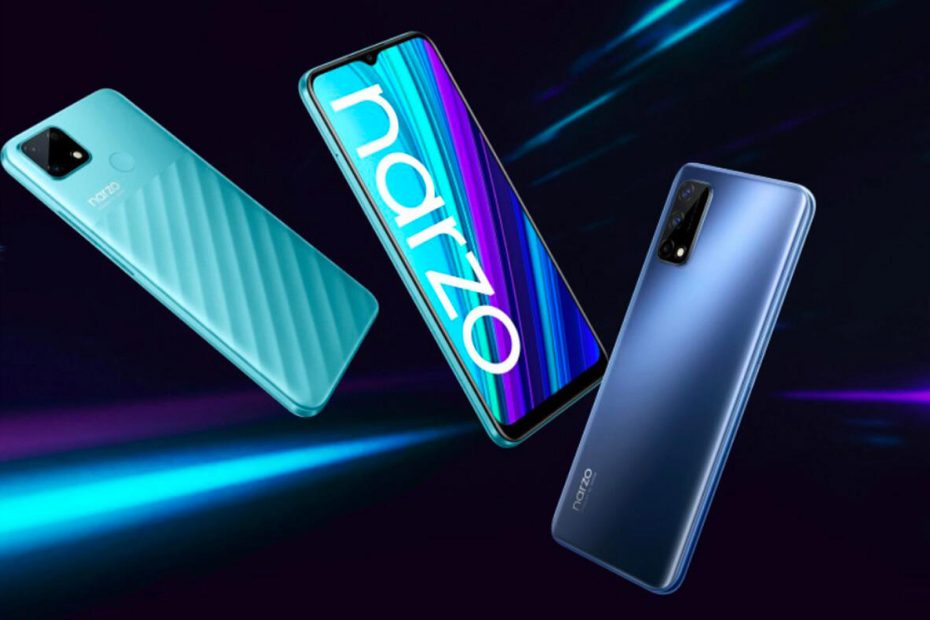 Realme today officially unveiled two Narzo models – Narzo 30 Pro a Narzo 30A. In this article, we will look at the former, which supports 5G networks, offers a 120 Hz display but also decent performance.

The front of the phone is covered 6.5 ″ LCD panel with Full HD + resolution and 120 Hz refresh rate. Switching between 60 and 120 Hz mode is adaptive and depends on what you are doing on the phone. The sampling frequency is then 180 Hz, which is a decent number. The maximum brightness then stopped at 600 rivets. In the upper left corner, he is disturbed by a shot with a 16 MPx selfie camera. On the back there is a 48 MPx main camera, 8 MPx ultra wide and 2 MPx macro sensor.

According to the company, this model is the most powerful 5G gaming phone in the middle class. The chipset is ticking inside us MediaTek Dimensity 800Uwhich is seconded by 6 or 8 GB of RAM and 64 or 128 GB of storage. It can be expanded via a microSD card and Dual SIM support is also available. He then takes care of the endurance 5,000 mAh battery with support for 30 W charging. From 0 to 50%, the phone charges in about 25 minutes, then it takes a little over an hour to fully charge.

Support will also be pleased Dolby Atmos or the presence of an audio jack. After unpacking the box, Android 10 will be installed on the phone, but it will soon be upgraded to Android 11 with the Realme UI 2.0 extension. The phone is available in Blade Silver and Sword Black. The basic version comes out on 16,999 INR, which is about 5,000 crowns without tax.